As part of a larger survey on Federal poverty programs, the Program for Public Consultation at the University of Maryland, asked a series of question about the controversial topic of states expanding their Medicaid coverage with Federal help, as part of the Affordable Care Act.

Consistent with the method of public consultation, respondents went through a process (called a ‘policymaking simulation’) in which they were given a short briefing on the issue, and evaluated pro and con arguments before making their final recommendation.  The content of the briefing and the pro and con arguments were reviewed by Congressional staffers from both parties and other experts across the spectrum of opinion on the issue.

The survey was fielded online Nov. 11, 2016 – Jan. 18, 2017.  The sample of 7,128 respondents was drawn from Nielsen-Scarborough’s larger national sample which was recruited by mail and telephone using a random sample of households. Additional recruiting by telephone and mail was conducted by Communication for Research. The margin of error is +/- 1.2 percent.

In addition, there were substantial samples for four states that have acceded including

Introduction to the Issue

Consistent with the public consultation method respondents were fist given some background on the issue.  method Respondents were introduced to the Medicaid program as follows:

They were then told about the issue of Medicaid expansion:

There is a lot of discussion these days about a proposal to expand Medicaid. In 2013, for people to receive Medicaid, they had to be well below the poverty line–on average, no more than 61%. For example, for a single parent with two children, their income could be no more than $11,316.

They were asked, “Based on what you have heard so far, please select how you feel about raising this limit to some extent” and given a scale of 0 to 10 with 0 being not at acceptable, 5 being just tolerable, and 10 being very acceptable. The mean response was 5.7. Seventy-three percent said it would be at least tolerable by giving a response of 5 or more), and 50 percent gave a response of 6 or more.

Evaluation of Pro and Con Arguments

They were presented arguments in favor and against the idea of their state accepting this plan.  The argument in favor was found convincing by three quarters, including two thirds Republicans. 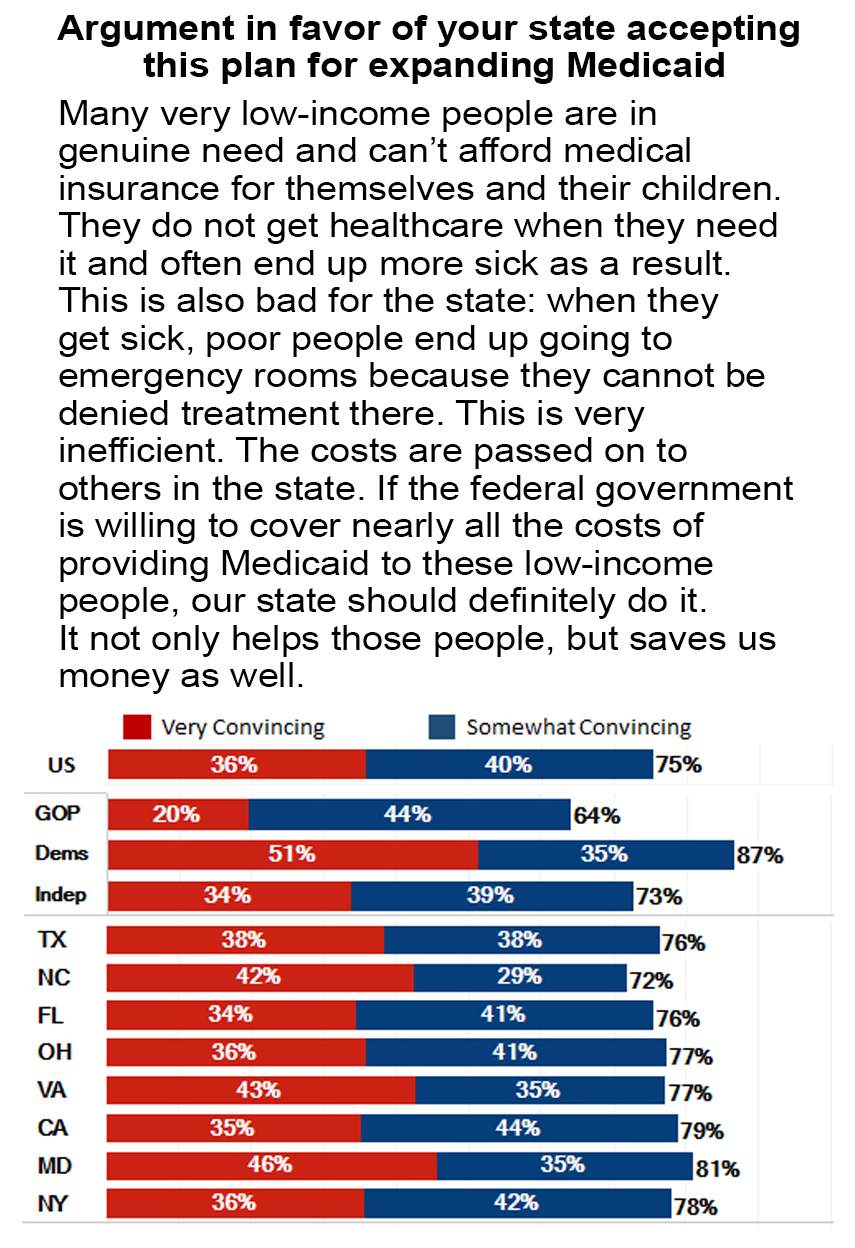 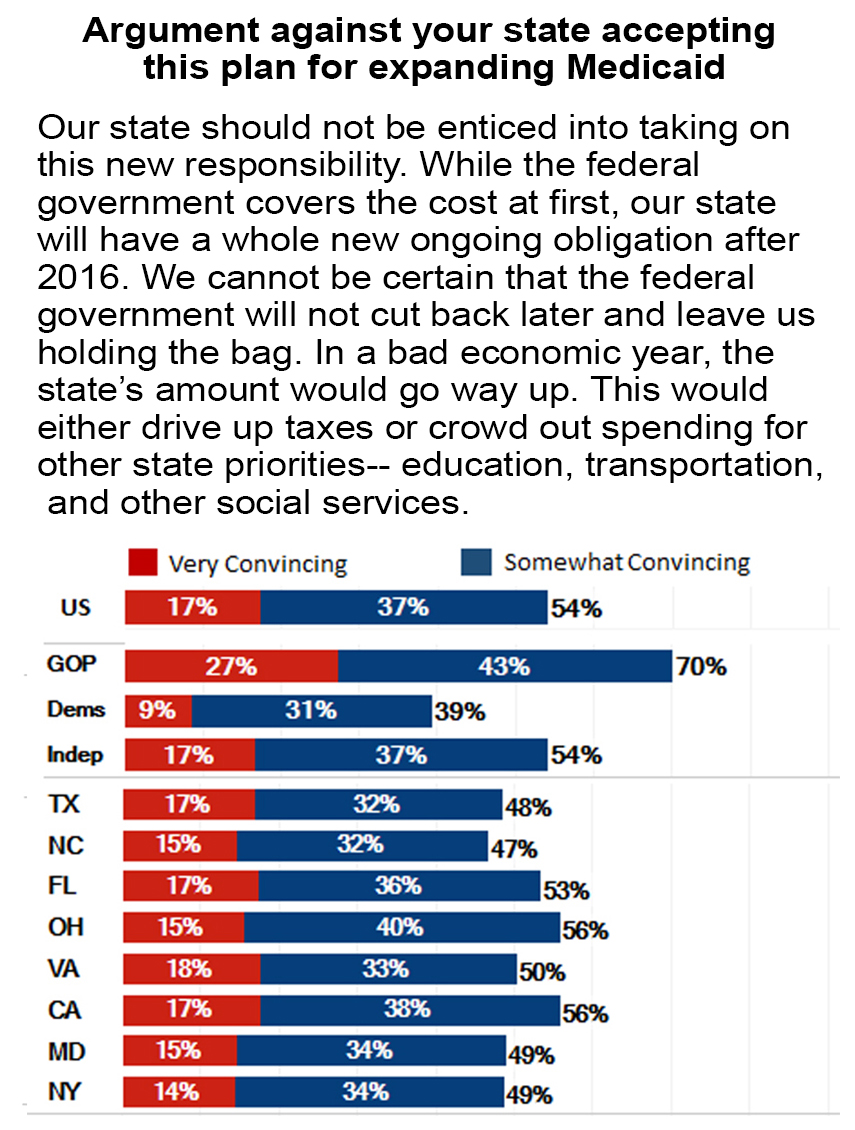 The argument against was found convincing by a modest majority, seven in ten Republicans, and less than half of Democrats. 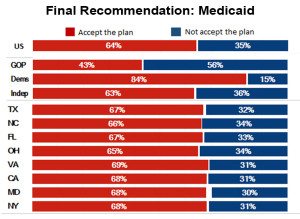 Finally asked what they would recommend for their state, two thirds favored accepting the plan, though a majority of Republicans were opposed.  The states were strikingly uniform, with majorities in favor ranging from 63-68%.  These included four states where the state has not accepted the Medicaid plan:  Virginia, North Carolina, Texas and Florida.   In Oklahoma, which had a smaller sample of 307, 63% favored it.