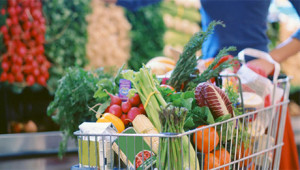 The results were released today by Voice Of the People, a nonpartisan organization that does not take a position on legislation, but works to give the people a greater voice in policy making decisions.

The proposals for SNAP reform explored were based on legislative proposals that have been made in Congress over the last two years. A national survey of more than 7,000 voters explored these proposals in depth, including the arguments against them.

In the survey, which was conducted by the University of Maryland’s Program for Public Consultation (PPC), when respondents were told about current levels of SNAP benefits for specific types of cases, large majorities favored increasing the benefits.

Told that recipients living alone, earning on average $542 a month, get $140 a month in benefits, 81 percent favored raising the benefit level (Republicans 66 percent, Democrats 93 percent) with the majority raising it 43 percent to $200.

Told that a single mother with one child, earning on average $760 a month, get $253 a month in benefits, 78 percent favored raising the benefit level (Republicans 62 percent, Democrats 91 percent) with the majority raising it 19 percent to $300.

“It’s interesting that Americans embrace both liberal and conservative ideas for SNAP benefits—making them both more generous and more restricted,” said PPC Director Steven Kull. “There is quite a lot of bipartisan agreement on this issue.”

Whether SNAP benefits should be permitted to be used for foods that are low in nutritional values or even unhealthy has generated much controversy. Various states have requested permission to restrict the use of SNAP benefits for non-nutritious food items. Legislation has been proposed to impose the same restrictions on SNAP benefits as there has been for the Women and Infant Children (WIC) program, which would have the effect of disallowing such items.

The survey found overwhelming bipartisan support for limiting what SNAP benefits can be used for. Seventy-six percent (Republicans 85 percent, Democrats 68 percent) favored disallowing the purchase of candy with SNAP benefits, while 73 percent (Republicans 82 percent, Democrats 67 percent) wanted to disallow sweetened soda. A majority overall (59 percent), but not a majority of Democrats, favored disallowing cookies, cakes and doughnuts. On the other hand, a majority favored allowing chips and snack crackers and ice cream. Thus, the majority does not go as far as proposed legislation restricting allowable foods to WIC standards.

An additional controversial issue addressed was over how much savings beneficiaries can have and still be eligible for the SNAP program. When told that the amount of savings a household can have and still receive SNAP benefits is $2,250, a slight majority overall favored keeping the requirement as it is, but a majority of Democrats favored raising the permitted level.

The survey was conducted online with a national probability-based sample of 7,128 registered voters, provided by Nielsen Scarborough from its sample of respondents, recruited by mail and telephone using a random sample of households. The margin of error was +/-1.2 percent. The questions on the SNAP benefits discussed herein are part of a larger survey on Federal poverty programs that will be released in the next weeks.

The study was unique in that respondents received a short briefing on the proposals for reforming federal poverty programs and evaluated strongly-stated arguments both for and against each option before making their final recommendations. The briefing and the pro and con arguments were developed and reviewed by key Republican and Democratic staffers who deal with these issues from the Senate Finance Committee and the House Ways and Means Committee. Additional specialists were consulted representing the spectrum of opinion on the issues.

The sample also included samples of approximately 400 or more from eight states—Texas, North Carolina, Florida, Ohio, Virginia, California, Maryland and New York. Despite the range from very red to very blue, the results in all the states were largely the same as the national sample.

A report of the SNAP benefits findings can be found at: http://vop.org/wp-content/uploads/2017/04/SNAP_Report.pdf

The survey’s questionnaire can be found at: http://vop.org/wp-content/uploads/2017/04/SNAP_Quaire.pdf