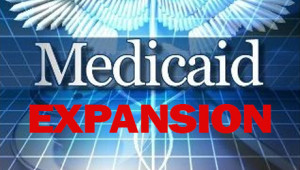 Now that the Republican leadership in the House has failed in its effort to repeal and replace the Affordable Care Act (ACA), attention has turned back to the question of whether states that have not acceded to ACA’s Medicaid expansion will do so. Nineteen states have not elected to expand Medicaid and receive the federal support that would be provided. The results were released today by Voice Of the People.

However a large, in-depth survey finds that more than six-in-ten voters living in states that have not opted for Medicaid expansion would like their state to do so, including  those in Virginia, North Carolina, Texas, Florida and Oklahoma.

The survey of more than 7,000 registered voters, conducted by the University of Maryland’s Program for Public Consultation (PPC), briefed respondents on the ACA plan that gives states the option of expanding Medicaid with Federal help. They evaluated strongly-stated arguments in favor and against the idea of their state accepting this plan. The content of the briefing and the pro and con arguments were reviewed by Congressional staffers from both parties and other experts across the spectrum of opinion on the issue.

Because the sample is so large, it includes samples of 400 or more in eight states, affording the opportunity to assess views in those specific states. In all cases majorities favor expansion, ranging from 65-69 percent.

Four of the eight states sampled were ones which have not opted for Medicaid expansion. In all of these four cases large majorities favor expansion including in Virginia (69 percent), Texas (67 percent), North Carolina (66 percent), and Florida (67 percent). In Oklahoma, which had a smaller sample of 307, 63 percent approve.

“Though a modest majority of Republicans are opposed, a clear majority overall favors Medicaid expanding in the states that have not done so,” said PPC Director Steven Kull.

Support for expansion is not bipartisan. Nationally, 56 percent of Republicans oppose expansion, while 84 percent of Democrats and 63 percent of independents favor it.

Respondent were presented an argument in favor of Medicaid expansion emphasizing the needs of low income people for medical insurance and the inefficiency of providing services to the poor via emergency rooms was found convincing by three quarters nationally, including 64 percent of Republicans and 87 percent of Democrats. Across the eight states the majorities finding it convincing ranged from 72 percent in North Carolina to 81 percent in Maryland.

The argument against Medicaid expansion emphasized that the state would be taking on a new responsibility and that the Federal government might not continue to provide support putting onerous demands on the state and possibly crowding out other priorities. This argument was found convincing by 54 percent overall, including 70 percent of Republicans, but just 39 percent of Democrats. Across the eight states, the percentage finding this argument convincing ranged from 47 percent in North Carolina to 56 percent in Ohio and California.

These questions were part of a larger survey on poverty programs that will be released at a later date.

A report providing a more thorough description of the survey can be seen here: http://vop.org/wp-content/uploads/2017/04/Medicaid_Expansion.pdf

The questionnaire can be seen here: http://vop.org/wp-content/uploads/2017/04/Medicaid_Expansion_Quaire.pdf